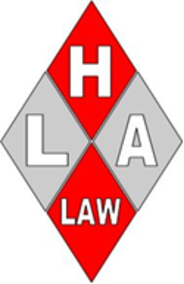 A magistrates' court or court of petty sessions, formerly known as a police court, is the lowest level of court in England and Wales and many other common law jurisdictions. A magistrates' court is presided over by a tribunal consisting of two or more (most commonly three) justices of the peace or by a district judge (formerly known as a stipendiary magistrate), and dispenses summary justice, under powers usually limited by statute. The tribunal that presides over the Court is commonly referred to simply as the Bench.

Magistrates' courts deal with minor offences (generally, fines of up to £5,000 and imprisonment of up to 6 months). However, when dealing with two or more offences, a magistrates' court has the power to impose a sentence of up to a year if at least two of the offences are triable either way.
Magistrates sitting in a Youth Court have the power to impose a sentence of youth detention (known as a Detention and Training Order or DTO) for a period of up to two years.

They are often considered to be the workhorses of the criminal justice system in England & Wales and handle over 95 percent of the criminal cases in that jurisdiction. When an either way offence is to be tried at the Crown Court, magistrates are responsible for committal to the Crown Court which requires the Court to consider whether there is a case to answer based upon statements and exhibits submitted to the court.

Haywood, Lunn & Allen represent all those who appear in the magistrates court either as the Duty solicitor, under a Legal Aid representation order or under a private paying retainer for those who do not qualify for legal aid either due to their means or the matter not being serious enough to qualify for legal aid (i.e. non imprisonable offences such as speeding).

Any offence which may put a person at the risk of possible imprisonment usually qualifies for a legal aid representation order on the interests of justice test. A means enquiry is then carried out however one of our solicitors will assist you with this application. Further information on legal aid can be found at http://www.legalservices.gov.uk/criminal/criminal_legal_aid_eligibility.asp

Should your case not qualify for legal aid on the basis it is not an offence which carries a risk of imprisonment, such as road traffic matters, or should you be financially inneligible we at HLA-LAW operate a fixed fee structure regards our private rates so that you can know from the start exactly what the cost of your defence will be. A table of our rates is to be found below. Should you be acquitted at trial the court should make a defence costs order to re-imburse all your costs.

Guilty plea and matter stood down for a pre-sentence report but dealt with the same day £200.00 (+VAT)

Guilty plea and case adjourned to another day for a pre-sentence report £250.00 (+VAT)

We will not ask for any money up-front on account, as most solicitors will, and the fixed fee will encompass ALL the preparation of the case including any preparatory hearings. We will however require payment in-full by the day of the final hearing (ie the trial date). We guarantee that our costs WILL NEVER exceed the agreed fixed fee and you will never be shocked by a further bill at the end of the case even if it has taken far longer than initailly anticipated.